Obviously, there are times when you’ll not have power at home- it doesn’t matter how reliable your power grid seems to be. At such a time, what will save you is your portable generator. Yes, this is what will give you the much-needed backup power to run appliances at home.

Just like the auto motor, a generator may be described as an internal combustion engine. The difference is this: Rather than propel vehicles, a generator generates electricity. Such power enables you to have lights during a sudden outage, run heaters, fans, and other appliances.

Essentially, a generator, just like any engine that burns combustible fuel, can emit toxic fumes that are subsequently released into the atmosphere. If you live in California or other parts of the US, you know this is where CARBS’s authority comes in to control the situation.

Do not just think about the generator’s power generation capacity. Ask yourself whether your preferred machine is safe both for health and the environment. Keep in mind that a machine that has less than the acceptable standards of emission is likely to be a health risk to your family and the environment. In the US, two main bodies work to regulate these: The environmental Protection Agency (EPA) and the California Air Resources Board (CARB).

But some may still wonder: What does the term CARBS really mean?

What’s The Meaning of the Term “CARB”?

The term CARBS simply refers to the California Air Resources Board (abbreviated CARB). Note that California was the first US state to officially recognize the need to make laws regulating air quality matters. Back in 1943, Los Angeles City was once engulfed in heavy smog. This situation affected many resident’s health.

Experts thought the smog was a consequence of industrial activities within the city. The problem was directed at a butadiene factory that operated just outside the city.  Interestingly, after the factory shut down, the problem persisted.

Soon, the Los Angeles County Air Pollution District was formed. The committee was mandated to identify and monitor air pollutants’ activity resulting from power generation plants and industrial business. This subsequently led to the formation of CARB.

What Work Does CARB Do?

For decades, CARB has relentlessly fought to improve and preserve the air quality in California State. Of course, you may still wonder: What exactly does CARB do?

Well, CARB strives to limit air pollution in California, especially the pollution resulting from the emission of gases in the atmosphere. CARB also works to regulate the manufacture of mechanical engines and generators in order to ensure compliance with laws that regulate safety standards.

This is an odorless, colorless CO that can cause confusion, dizziness, headache, chest pain, vomiting, and death. CARB uses CO detectors to reduce the risk of such emission. Yes, avoid storing your generator in the home or garage to prevent CO poisoning.

This describes seven gases and compounds, including oxygen and nitrogen. From this, a nitrous gas emission can worsen global warming. Some cigarettes also produce this gas, which is present in rocket fuel. It can cause smog, coughing, headaches, and choking. It also causes respiratory infection and asthma.

Such gases include carbon dioxide, which facilitates the process of photosynthesis. However, it’s a greenhouse gas that precipitates global warming. It can also cause headaches, fatigue, and other problems.

This describes a mix of chemically- produced liquid droplets and solid particles. Some common particulates are dust, smoke, dirt, and soot. They can cloud the sky and cause respiratory issues in the bloodstream.

To ensure the air quality is safe, CARB regulates and controls all engines that burn diesel, gasoline, propane, and natural gas. These include cars, tractors, trucks, heavy machinery, semis, chainsaws, and lawnmowers. 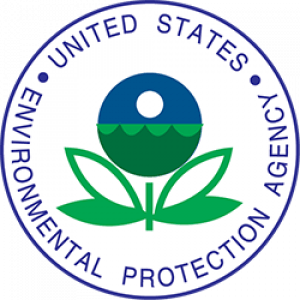 EPA, on the other hand, is the body that is usually responsible for all issues of air pollution in the USA. EPA is a Federal agency that was first established in 1970. Its purpose was to respond to the citizen’s growing concerns over the steadily deteriorating environmental situation. Such issues had become more prominent in the 1950s and 1960s.

In the initial stages, EPA was mainly focused on issues of preservation of the environment and improvement of public health by controlling pollution. EPA is further tasked with monitoring and controlling the production, distribution, and use of pollutants and other chemicals.

In more recent times, under President Obama, the duties of EPA were further expanded to include the task of carbon emission regulation. In this role, EPA was expected to regulate the power generated by factories, small engines, automobiles, and similar sources of air pollution. EPA officially set the standards governing pollution in the US.

What’s the Difference Between CARB and EPA?

These twin regulatory bodies- CARB and EPA, share much in common. Regardless, CARB compliance is considerably stricter than EPA compliance. Thus, a CARB compliant engine is naturally more attractive to most users.

Overall, CARB compliance is mandatory for residents of California State. On its part, EPA compliance is valid in all other states in the USA. In general, all states are expected to comply with either CARB or EPA regulations or rules.

What is the Meaning of a “CARB-Compliant Generator”?

The term “CARB compliant” refers to any generator that adheres to the air pollution standards as set by CARB. Actually, portable generators that are CARB compliant have been proven to run cleaner and more efficiently than non-CARB compliant machines.

Must Your Generator Be CARB-Compliant?

Yes, all generators need to be CARB-compliant. This ensures everyone can use standby power without endangering health. For example, in the California area, wildfires are an ever-present danger. Why, since 2000, 20 destructive fires have occurred- some of the worst in the states’ history!

As a remedy, CARB regulations are designed to facilitate backup generators to replace a lost grid power. Nevertheless, since generators burn combustible fuels, they are notorious for reducing air quality. This endangers public health.

During a power outage, any equipment will be able to produce standby electricity. Why? CARB compliant generators are designed to offer cleaner power for a longer duration.

In case of a power outage, you don’t have to sacrifice your environment to access backup power.

There’s no doubt that a cleaner-running generator engine poses fewer health hazards to those suffering from respiratory or cardiac conditions.

If you buy or sell a noncompliant generator, you risk triggering a fine. The amount is determined by the state, district, or local laws.

The regulations for CARB-compliance relating to portable and stationary generators were developed in liaison with the relevant state and local air districts. Each district is, therefore, responsible for its regional air quality.

CARB regulations are designed to limit small engines (used off-road) from emitting harmful pollutants into the atmosphere (these are referred to as SORE).

Thus, pollution is controlled from the following three sources:

This essentially refers to inefficient fossil-fuel burning, which produces most of the mentioned pollutants. On the other hand, fuel injection, carburetors crankcase vent lines, and other electronic regulations usually guarantee cleaner fuel-burning.

When gas evaporates from the lines or a fuel tank, reactive gases and hydrocarbons are released into the atmosphere. Subsequently, carbon-canister changes or changes in materials (and the pressure-relief valve system) are what keeps the gas safely- inside the engine.

During usage or refills, fuel leakage or spillage usually release hydrocarbons and toxic gases into the atmosphere. Thus, the updated standards and designs (for fuel caps and gas cans) can control this pollution.

Can Residents of California Use a Non-CARB-Compliant Generator?

You must get this right- all California residents must purchase CARB-compliant generators. This is the law. Therefore, if you live there, you must conform to the rules and regulations as set by the California Air Resource Board. CARB aims to ensure that everyone using a generator or other combustive systems does not endanger the atmosphere by the emissions produced.

Yes, this means you can’t use a non-CARB compliant generator in California.

Think about the following combustive fuels that can negatively affect people and the environment: Propane, fuel, sulfuric oxides, and carbon monoxide. If you have a CARB-compliant generator, it may still be possible to use such fuels safely.

CARB and EPA regulations were carefully developed in collaboration with state authorities. The rules aim to control the emission of harmful substances into the environment. These regulations are also aimed at protecting people from a range of illnesses caused by such emissions.

If you live in California, keep this in mind: It’s a legal requirement to purchase a CARB-compliant generator. If you live elsewhere in the US, you must adhere to EPA regulations. Overall, it’s excellent advice to buy a CARB-compliant generator regardless of where you stay in the US. Yes, those who adhere to CARB and EPA regulations will always remain safe while using their generators.

This is proven by decades of experience.