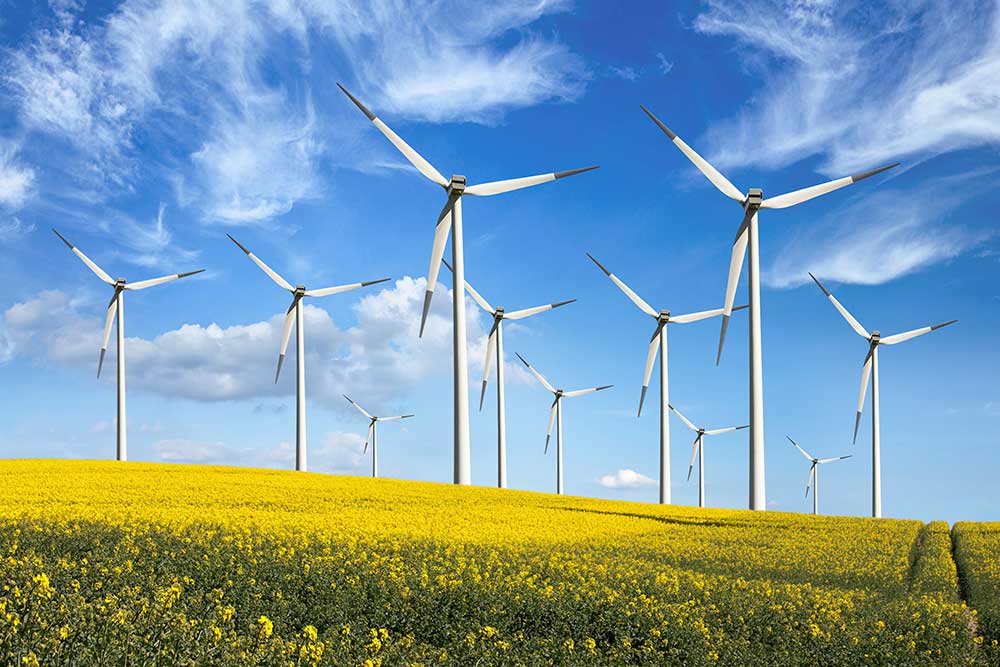 There’s no question about it- the world needs alternative sources of energy to supplement the existing sources. What with the degrading effects of pollution and other damaging elements? Happily, there’s one great source of energy that we can always turn to at any given moment- wind power.

The advantage of wind is that it’s a kind of energy that can quickly and efficiently generate energy compared to solar power or fossil fuels. Indeed, wind power use has steadily grown in popularity as a viable source of energy both in the US and the world.

Interestingly, most countries’ widespread use of wind closely reflects the traditional windmill and wind turbine design. With such mechanisms, you can have a ready energy outlet to serve various industrial purposes anywhere in the world.

Of course, wind energy is well-known as one of the best natural energy sources anywhere. Many might be surprised to learn that man has only recently started to utilize wind power. A case in point is the fantastic potential of power windmills widely used to make flour.

Notably, it’s now possible to use windmills to make flour a well as generate enough electricity to power various industries. Many, however, wonder: How, really, does wind power work? Well, it’s not rocket science to learn how wind energy actually works. When you know, you’ll quickly discover that this is one of the best types of clean energy one can find.

This post will endeavor to help you learn precisely how wind energy works and why its use is important in the modern world.

What are the Advantages of Utilizing Wind Energy?

You’ll find plenty of advantages to using wind power. In fact, there are many reasons to embrace the use of this type of energy. Some reasons are obvious, while others are hidden.

Think about the facts below:

Experts know that you can get affordable electricity using land-based wind turbines. For instance, the Energy Efficiency & Renewable Energy office reports that you can get energy worth as little as 1-2 cents per kilowatt-hour.

Further, energy derived from wind farm can be sold for a long time at a general fixed price. Thus, you won’t suffer sudden price hikes as you regularly do using fossil fuels. Yes, wind energy is way cheaper compared to fossil fuel. Why, you won’t find anything as cheap anywhere else!

Some 20,000 to 573,000 birds are killed annually in the US by wind turbines. But think of it: domestic cats and human activities usually cause the death of 797 million birds annually. Moreover, in the US, 599 birds that fly into buildings typically die. Regardless of these effects, scientists are working to eliminate the impact on birds and wildlife.

As technology improves, the traditional wind turbine is likely to be replaced with better, ultra-modern units. Well, think of it- what about wind energy? It will always be around; yes, wind energy is actually inexhaustible!

Generally, many prefer wind energy, mainly because it’s clean and renewable. Yes, this is why thousands of people are switching to using wind energy every day.

When using fossil fuel as a source of energy, there’ll be two significant disadvantages. First, this is a finite source of energy- What does it mean? Experts have predicted that in only 70 years, there may be no fossil fuel available for the earth to use; yes, its availability is limited.

The second (disadvantage) is more predictable- fossil fuels produce huge pollution.  This pollution comes in the form of Nitrogen oxide, Sulphur oxide, and Particulates. These elements are primarily responsible for many economic, environmental, and health issues that bedevil the world today. Furthermore, it’s the primary cause of acid rain, smog, and greenhouse gases.

Remarkably, wind energy is free of such harmful emissions.

Generally, wind turbines are becoming larger but more efficient. You can produce sufficient electricity to serve 600 homes in the US with just a year’s generation. This is far more efficient compared to solar farm power, for instance.

Once you erect and commission wind turbines, that’s it; you won’t need much maintenance. This translates to lower consumer electricity costs.

The Downside of Wind Energy

Like other sources, wind energy use cannot be said to be perfect.

The wind isn’t constant- it fluctuates in strength and direction. Scientists are working to enhance wind energy efficiency and productivity.

Wind turbines can be noisy. For anyone living near, this presents a problem. Some turbines even produce noise that can travel 2 km. But- happily- if there’s no wind, there’ll be no noise! Although many consider them physically unattractive, this is really a minor issue. To solve this, most modern wind farms are built out at sea.

Of course, wind powers wind energy. There are three types of wind energy in the world:

This type of wind energy is used widely on land. Many companies use wind turbines ranging between 100 or more kilowatts. Consider this- each hour, the typical light bulb uses 0.1 kilowatts. Thus, it takes 10 hours to use a single kilowatt. Moreover, 1 megawatt has 1,000 kilowatts.

Offshore wind (which are larger than land turbines) usually collect energy off large water bodies (like the continental shelf). According to experts, the US shores can generate over 2,000 gigawatts (double the current national electricity use). Yes, without a doubt, offshore wind can generate massive quantities of energy.

How Many Wind Turbines Can You Find in the US?

This question intrigues many-how many wind turbines can you currently find in the US? The American Wind Energy Association reveals that in 2018 there were more than 54,000 wind turbines in the US. These produced electricity used across the nation (as well as Puerto Rico and Guam). Yes, this power capacity can supply 27 million homes.

The US and China’s use of wind power currently lead the world. The Global Wind Energy Council says that in 2019 this capacity increased by 2019, reaching 60.4 gigawatts. Furthermore, it’s growing steadily.

These statistics decisively proves the popularity and potential of wind energy. Further, wind energy technology is fast progressing. Clearly, this branch of power is growing in strategic value and will become more relevant in the future.

While some may consider the idea of wind energy farfetched, nothing could be further from the truth. Wind energy, which is a renewable form of energy, is both clean, affordable, and viable.

With a possible population decline and improved economic growth in the US and the world, should you be surprised to see more turbines coming up across the nations? No, you shouldn’t!

Actually, wind energy will mostly dictate future electricity and power needs in the world. Since it comes with many advantages, wind energy is undoubtedly set to rule the future.